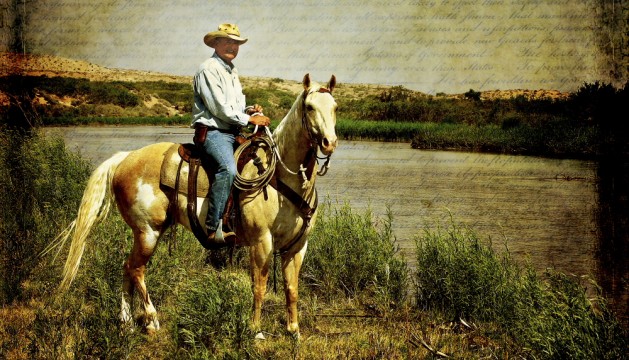 There are those who fret over an investment gone bad before moving on, others who consider money lost a lesson learned. Then there’s James Hill, whose investment in an upstart custom boot company took this racehorse owner and retired equine veterinarian from Florida to El Paso, Texas, to rescue an investment that was quickly going south.

“I guess my due diligence was insufficient: They spent the money but didn’t make any boots,” Hill says of the team he invested in. After he flew to Texas and got a first-hand look at the business, Hill gave the management team the boot, so to speak, and set about getting the company in order and getting a new team in so he could get back to the business of retirement and of managing the racehorses he owns. That was 1996. Today, Hill still runs the now-eponymous custom boot company from El Paso, where he leads a team of craftsmen who meticulously design and produce J .B. Hill custom boots each day for clients around the country, around the world even.

The J.B. Hill team operates from a nondescript brick building not far from El Paso’s airport and like much of El Paso, just a stone’s throw from the border of Mexico. The front office houses the showroom where “walk-ins”- more likely those clients who prefer to fly to El Paso to get fitted and make their selections than to do it long distance – can browse and be fitted. In back is where the real business of making boots takes place, amid old Singer sewing machines and stacks of hides of every color and type, and where the smell of leather and glue permeates the air even before the team comes in to get to work.

At 6 o’clock sharp, the craftsmen- and all but one are men- come in to turn some of the finest hides available (elk, bison, kangaroo, stingray, and eel, just to name a few) into some of the highest quality boots a cowboy or city slicker will ever set foot in. Some of the workers are lifelong bootmakers and have been with J .B. Hill for as long, or nearly as long, as Hill himself. Most have learned the craft of bootmaking from other family members; this is a trade that’s passed down from generation to generation.

Before the day is over, the team will have made between just eight and 10 pairs of boots, and nearly everyone on the floor will have touched the boots in some capacity as they made their way through
the production process. Not surprisingly, J .B. Hill boots command a premium price: Boots start at  $1190  but easily move into the thousands, depending on materials and design.

“Our emphasis is on customer service and quality,” says Hill. “We like to have nice, fresh designs built in the cowboy tradition, and we stand behind the quality of materials and our workmanship.” Indeed, some of the boots making their rounds from craftsman to craftsman in the warehouse are “vintage” J.B. Hills, sent back to be rebuilt, resized, and refurbished – basically they are given a new lease on life.

Because these boots are meant to be worn for years to come, the design process is not taken lightly. The company makes it a point to find out how the boots will be worn and to learn what the customer wants. “We don’t put boots on the shelf, we put boots on the customer’s feet and take care of their footwear needs,” Hill says.

While he may have come into this business as an investor, it’s clear by the way Hill runs the company that he has found a passion. “I guess it’s in my DNA,” he says as he surveys each of the stations in the workroom, giving his thoughts on a design that has been commissioned by an agricultural group. Hill’s clients range from real working cowboys to high-society types, and include a number of celebrities, though the mild-mannered Hill isn’t one to drop names. One name he will drop, though: Seattle Slew, the legendary Triple Crown-winning racehorse from the late 1970s which he co-owned.

J.B. Hill is a long way from the genteel world of horseracing. And while Hill may insist that his interest was purely fiscal, it’s not such a stretch, really, for a horse lover to find his passion in crafting some of the finest footwear ever to grace a stirrup.